There’s nothing like getting information and insights from a well-respected expert in their field.

I recently had the privilege and pleasure of meeting and interviewing such a person: Peter Greenberg, an Emmy Award-winning investigative reporter and producer and CBS News Travel Editor.

During our one-on-one conversation and his presentation entitled, “Travel in a Time of Disruption,” Peter shared his thoughts on travel trends for 2017. 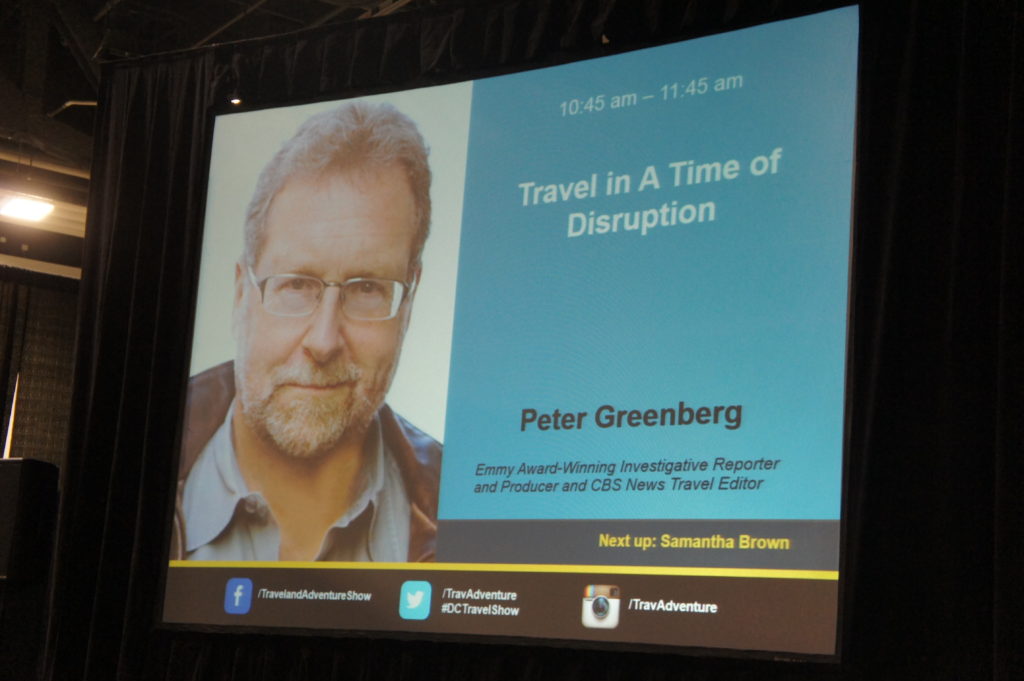 Here are the key takeaways:

We’re living today in a world of global disruption, global uncertainty, and global fear.  It is evident every time we turn on the news or go online.  However, this uncertainty has resulted in a lot of opportunities related to travel.

THE WORLD HAS BECOME A BUYER’S MARKET

BREXIT, the devaluation of the foreign currencies, and unstable governments overseas have affected prices in a good way for consumers.  Travel-related costs for things like airfare and hotel rooms have gone down from where they were in recent years.

Some of the cheapest places to travel now include Argentina and countries that take the Euro.

“The opportunities we have to go places through non-traditional routes via airlines you’ve never heard of is pretty big,” according to Peter Greenberg.  “That opens the door to a lot of people going places they never would’ve thought of going before.”

Two examples of lesser-known airlines offering new routes to secondary and tertiary cities for long-haul and non-stop flights are:

CUBA MAY NOT BE A VIABLE DESTINATION IN THE NEAR FUTURE – GO NOW!

If you’re interested in traveling to Cuba, the time to go is now because its unclear whether the new administration will keep the doors open to Cuba.

The Obama administration began working to re-establish diplomatic relations between the U.S. and Cuba in December 2014 and continued those efforts until the end of Obama’s presidency.

During his campaign, President Trump indicated that he would reverse all of the concessions that were granted to Cuba during the Obama administration, which he can do since those concessions were made under executive order.

Cubans involved directly or indirectly in the tourism industry have benefited the most from the increase in tourism and would suffer greatly if Cuba was closed again to the US.  Americans who want to visit Cuba would be affected as well.

CHECK TRAVEL ALERTS & WARNINGS SO YOU CAN MAKE EDUCATED DECISIONS

Should you read the alerts and warnings issued by the U.S. State Department?  Yes, you always want to be aware of what’s going on at your destination.  However, you should take the information in the spirit in which it was intended and use it to make an educated decision concerning your travel.

Travel alerts relate to less serious, temporary situations.  Once an event is over, the travel alert is canceled.  Travel warnings, however, relate to much more serious matters and many have been in effect for years.  The UK does a better job of educating their citizens.  You can check out their travel warnings here.

So, which key takeaway did you find the most interesting or helpful?  Please share in the comments below.