Once upon a time, long long ago, several bright, well-meaning men began careers in public service. Eventually, their paths led them to the highest office in our great country: President of the United States.

Throughout their careers, they forged new paths, accomplished great things, and left their own unique legacies. You can learn more about each of these great men by visiting their homes and walking in their footsteps.

The homes of several notable presidents are located in and near Washington, DC. These are: 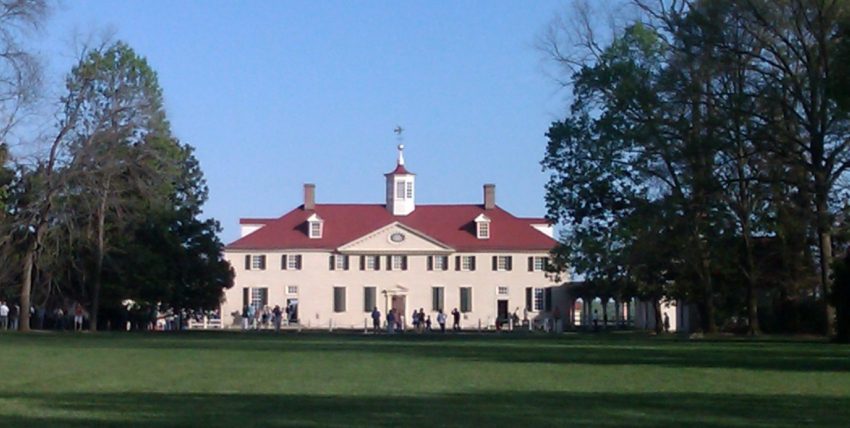 “Observe good faith and justice toward all nations.
Cultivate peace and harmony with all.”
– George Washington

Before becoming the first American president, George Washington was commander of the Continental Army, president of the Constitutional Convention, and an innovative farmer.

Washington was unanimously voted into office in the first ever presidential election, giving him the daunting task of setting precedents for future presidents. Despite his inexperience in his groundbreaking new role, Washington was regarded as a strong leader with great integrity and impeccable character.

Although he was president, he never lived in The White House; it wasn’t completed until after his death. However, you can tour Mount Vernon, the home he and Martha shared. Mount Vernon is a well-known and popular American landmark set along the Potomac River in Mount Vernon, Virginia.

A tour of Washington’s sprawling plantation offers visitors a glimpse into his life at the estate.

When you visit Mount Vernon, you can explore it on your own or use the free Mount Vernon app to make your visit even more fun. The estate features the museum and education center; the mansion; several outbuildings including a distillery, gristmill, and blacksmith shop; beautiful gardens; a four-acre pioneer farm featuring livestock and a 16-sided hay barn (designed by Washington himself); and a slave memorial. Don’t forget to pay your respects at the final resting place of the Father of Our Country and his First Lady, who were laid to rest at Mount Vernon.

Before you leave, visit the gift shop, grab a bite to eat at the food court, or enjoy a delicious meal served by staff dressed in period attire at the award-winning Mount Vernon Inn Restaurant.  Mount Vernon is open 365 days a year 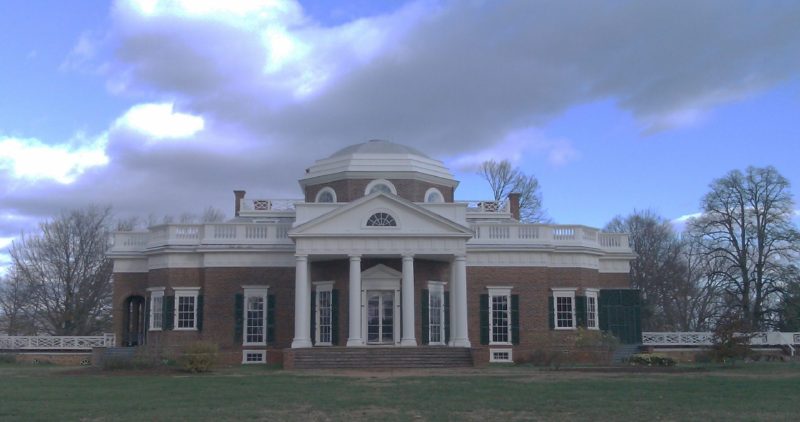 “We hold these truths to be self-evident: that all men are created equal;
that they are endowed by their Creator with certain unalienable rights;
that among these are life, liberty, and the pursuit of happiness.”
– Thomas Jefferson

Throughout his fifty year tenure as a public official, Thomas Jefferson made a huge impact on the country. He was the author of the Declaration of Independence and the Statute of Virginia for Religious Freedom, and of course, the third president of the United States (1801 – 1809).

Jefferson inherited land from his father and began building on Monticello is his mid-twenties. The house was built at the top of the mountain, providing scenic views from all directions. When he was 29, Jefferson married Martha Wayles Skelton with whom he had 6 children. They remained married until her death 10 years later. Jefferson never remarried and remained at Monticello for the rest of his life.

In the years after his term was over, he sold his extensive book collection to the Library of Congress. At the ripe old age of 76, Jefferson founded the University of Virginia, one of his greatest accomplishments. When he passed away at the age of 83, he was reputedly heavily in debt.

A tour of the house and grounds are something you won’t forget. The only home recognized as a UNESCO World Heritage Site, Monticello boasts 33 rooms, 8 fireplaces used to heat the home, and 13 skylights used to light the home. The grounds boast a variety of amazing gardens: a 1,000-foot garden terrace with 330 varieties of vegetables and herbs; orchards where over 170 varieties of fruit are grown; and stunning flower gardens featuring plants from all around the world. Other points of interest include various outbuildings and the Monticello graveyard where Thomas Jefferson is interred.

The Visitor’s Center offers films and exhibits as well as a wonderful gift shop and cafe. Monticello is open to the public every day of the year with the exception of Christmas. 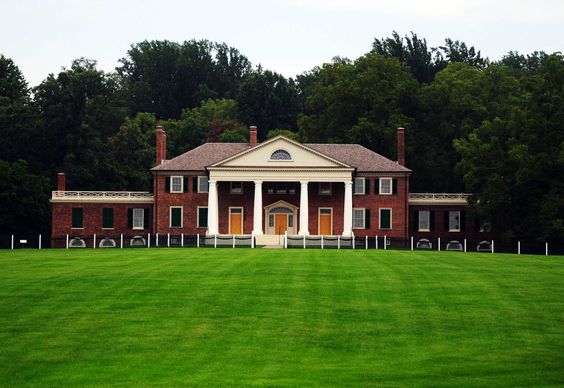 “The advancement and diffusion of knowledge
is the only guardian of true liberty.”
– James Madison

James Madison was born near Fredericksburg, Virginia. In the 1760’s, slave labor built the brick Georgian home dubbed Montpelier. Madison was a naturally inquisitive child who had a natural talent for math, geography, languages, and philosophy. When he was of age, he attended the College of New Jersey (now known as Princeton). He became the university’s first graduate student, studying Hebrew and political philosophy.

Once back in Virginia, Madison eventually took an interest in politics and began his political career in 1774. He married Dolly Payne Todd in 1794 and they lived Philadelphia until 1797, when they returned to Montpelier. James Madison inherited the estate upon his father’s death in 1801.

He wanted to retire from politics but was drawn back in and became our 4th president. He served from 1809 – 1817. The Father of the Constitution and the Bill of Rights was married to Dolley for 42 years until his death at the age of 85. He and Dolley are both buried in the family plot at Montpelier.

Madison’s beloved Montpelier boasts 2,650 acres of rolling hills, expansive horse pastures, and stunning views of the Blue Ridge Mountains. Take a tour and explore the home of James and Dolley Madison, see how they lived, where they entertained, view the reconstructed homes of their slaves, and explore the vast estate.

Montpelier is open every day of the year except Thanksgiving Day and Christmas Day. 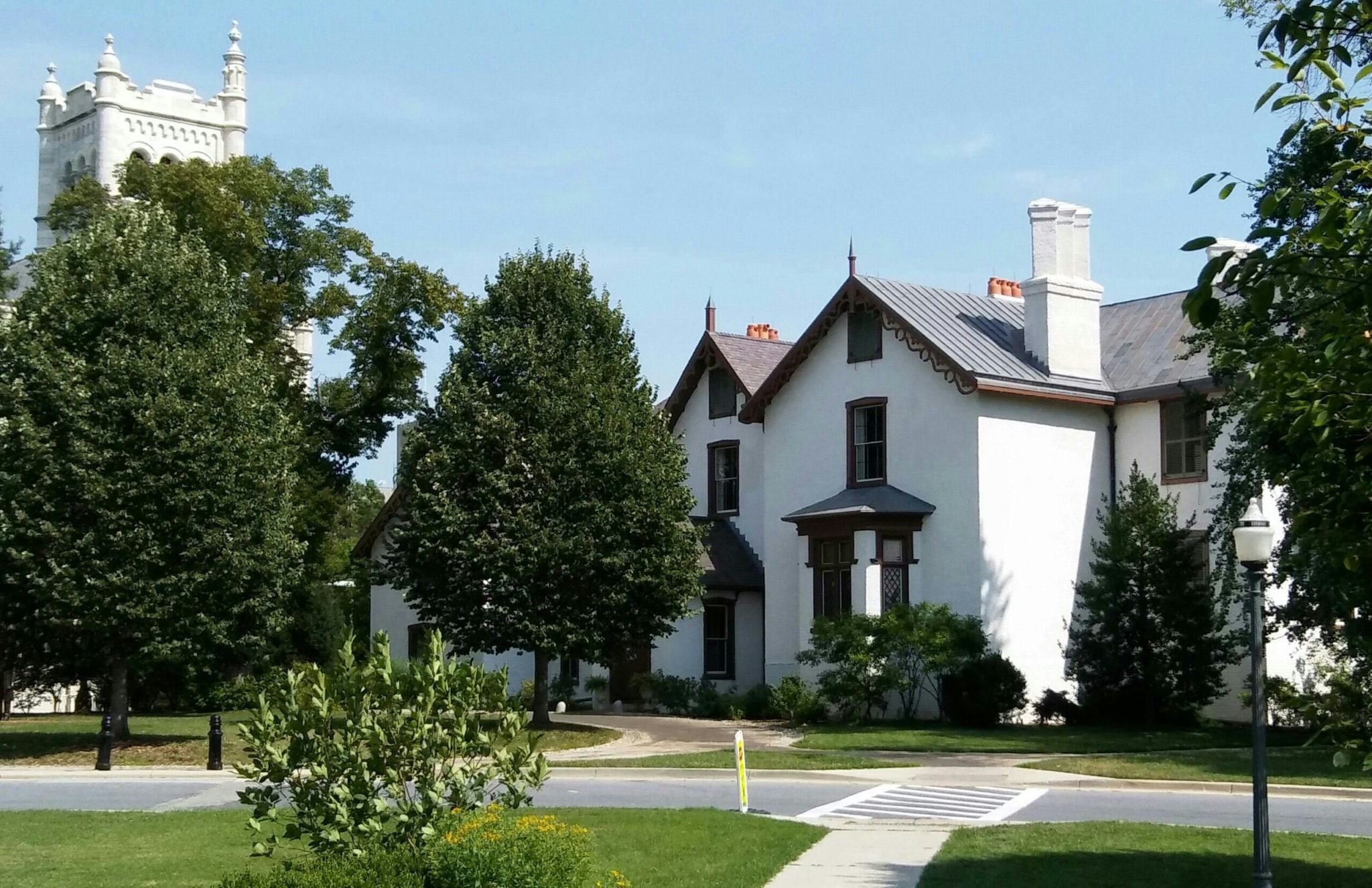 “I think that slavery is wrong, morally, socially and politically. I
desire that it should be no further spread in these United States, and I
should not object if it should gradually terminate in the whole Union.”
– Abraham Lincoln

Abraham Lincoln, the 16th President of the United States (1861 – 1865) lived in The White House as did previous Presidents. However, each summer, Lincoln and his wife stayed in the cottage located at the highest point in Washington, DC. Although the cottage was located just 3 miles from The White House, the ride took 30 minutes by carriage.

During his stay at the Cottage, Lincoln visited with wounded soldiers and drafted the Emancipation Proclamation.

A visit to President Lincoln’s Cottage offers unique insight into his life during his presidency. Tours are given by passionate guides who use various interactive multimedia and traditional storytelling to help bring President Lincoln to life as you walk through Lincoln’s minimally-furnished summer home. You’ll leave the tour with a brand new perspective on the Lincoln you thought you knew.

Once you are finished touring President Lincoln’s Cottage, you can take in the exhibits in the Robert H. Smith Visitor Education Center and stop at the gift shop for a book or memento on your way out. The Cottage is open every day except Thanksgiving, Christmas Day, and New Year’s Day. ♦