When I travel, I always head to the historic part of the place I’m visiting.  I love seeing the old buildings, churches, and monuments.

You can discover a lot about a place by learning about its history, founding, and citizens (past and present).

Over the past several years, I’ve spent a lot of time in the Charlottesville area since my boyfriend’s family lives about 20 minutes south of there.

Throughout Charlottesville and the areas surrounding it, Thomas Jefferson is present. He was a hard-working, intelligent, accomplished, and influential man.

Despite his death on July 4, 1826, Jefferson is still alive and well in Virginia and beyond through the impact he had on the world and the many legacies he left behind.

Throughout his fifty-year tenure as a public official, Thomas Jefferson made a huge impact on the country. 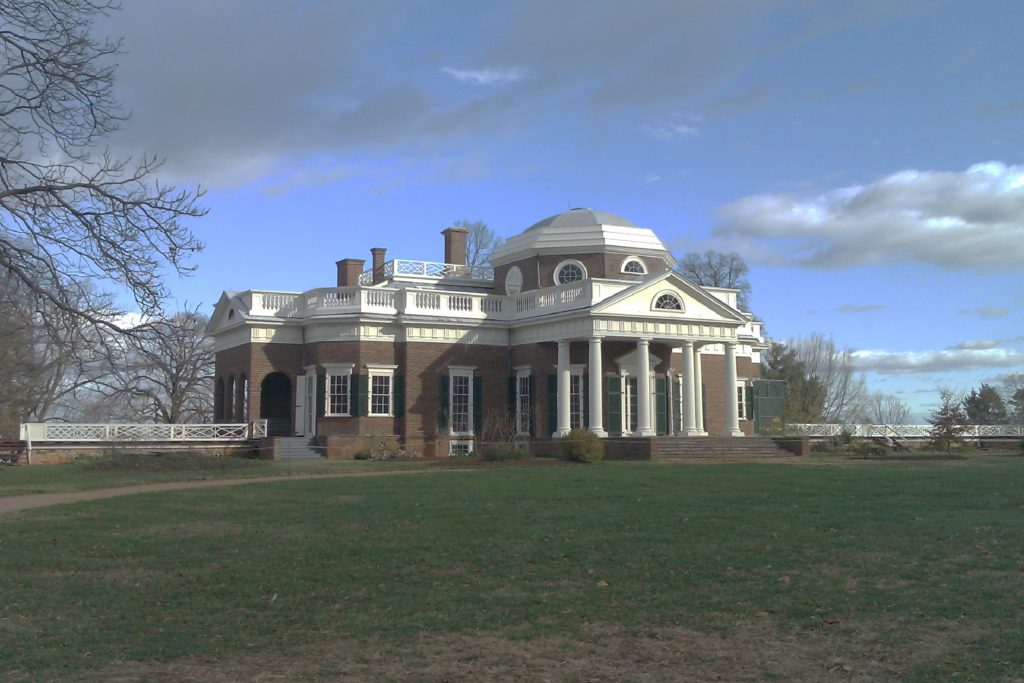 Anytime I mention Charlottesville to someone, they inevitably ask “have you been to Monticello (Thomas Jefferson’s home)?”  Yes, I’ve been there – and I plan to go back. Its a beautiful and fascinating place.

Jefferson inherited land from his father and began building on Monticello is his mid-twenties. The house was built at the top of the mountain, providing scenic views from all directions.  He aptly named his estate Monticello (pronounced mohn-ti-CHELL-o), which means “little mountain” or “mound” in Italian.

A tour of the house and grounds are something you won’t forget. The only home recognized as a UNESCO World Heritage Site, Monticello boasts 33 rooms, 8 fireplaces used to heat the home, and 13 skylights used to light the home.

The grounds feature a variety of amazing gardens: a 1,000-foot garden terrace with 330 varieties of vegetables and herbs; orchards where over 170 varieties of fruit are grown; and stunning flower gardens featuring plants from all around the world.

Other points of interest include various outbuildings and the Monticello graveyard where Thomas Jefferson is interred.  Monticello is open to the public every day of the year with the exception of Christmas. 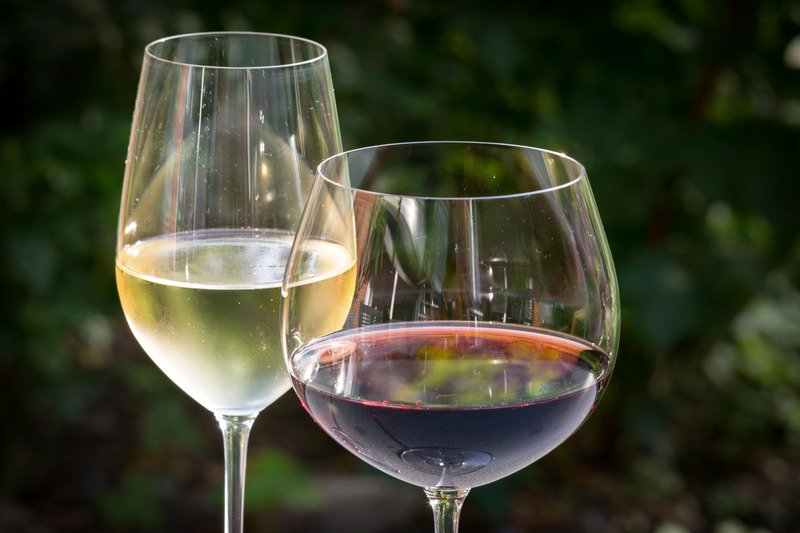 In 1771, Thomas Jefferson returned from a trip to Europe, determined to produce wine similar to those he tasted in Italy. He imported some grapevines and brought an Italian man over to tend to them on his land at Monticello.  Despite his efforts, Jefferson was unsuccessful in cultivating the vines and never produced a bottle.

Although Jefferson’s attempt at wine production on his Monticello estate in Charlottesville failed, winemakers have discovered that Virginia offers the perfect environment for growing grapes. This is evident by the almost 300 wineries that can be found throughout Virginia.  Thirty-three of these wineries, including Jefferson Vineyards, currently make up the Monticello Wine Trail.

Cost of Tastings: Vary from winery to winery. Check their websites for more information.
Consider purchasing a Virginia Wine Pass (which is valid for 2 people) for discounts on tastings and bottles.

THE UNIVERSITY OF VIRGINIA
Charlottesville, VA 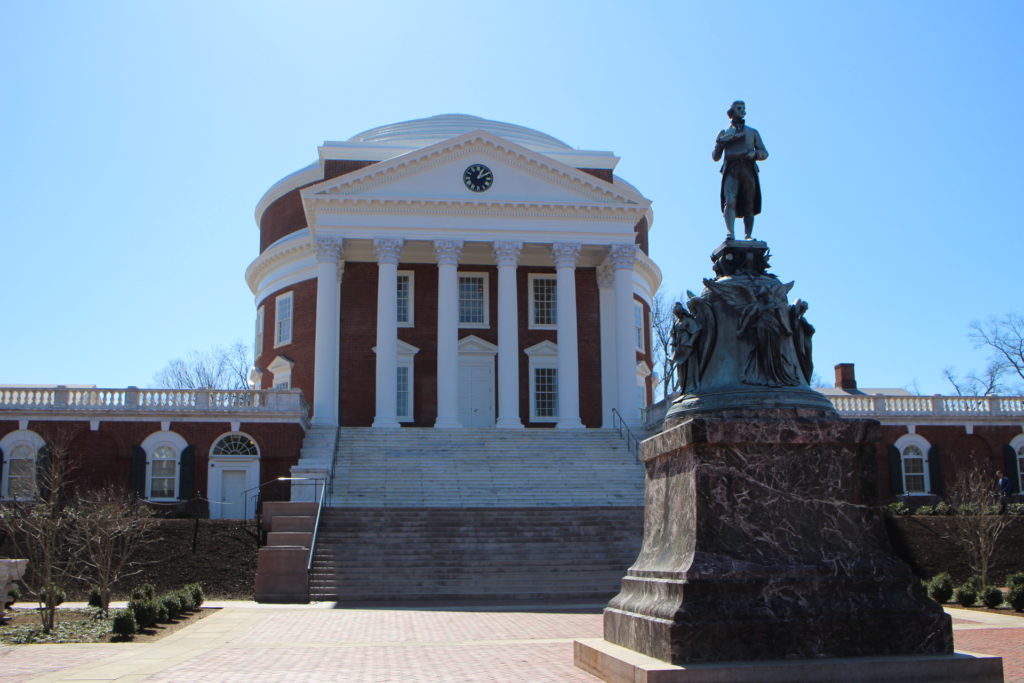 At the ripe old age of 76, Jefferson founded the University of Virginia.  He wanted to create an environment where students and faculty could live and learn from one another.

Jefferson considered UVA one of his greatest accomplishments.  He was so proud of it that he had “Father of the University of Virginia” inscribed on his tombstone.

He was also the main designer of the campus, which centered around a library instead of a church.  Today, UVA is a well-respected university with one of the most beautiful campuses in the country.

Cost of Admission: FREE!  Tour the campus and explore the museum on the lower level of The Rotunda.

THE DECLARATION OF INDEPENDENCE
The National Archives – Washington, DC 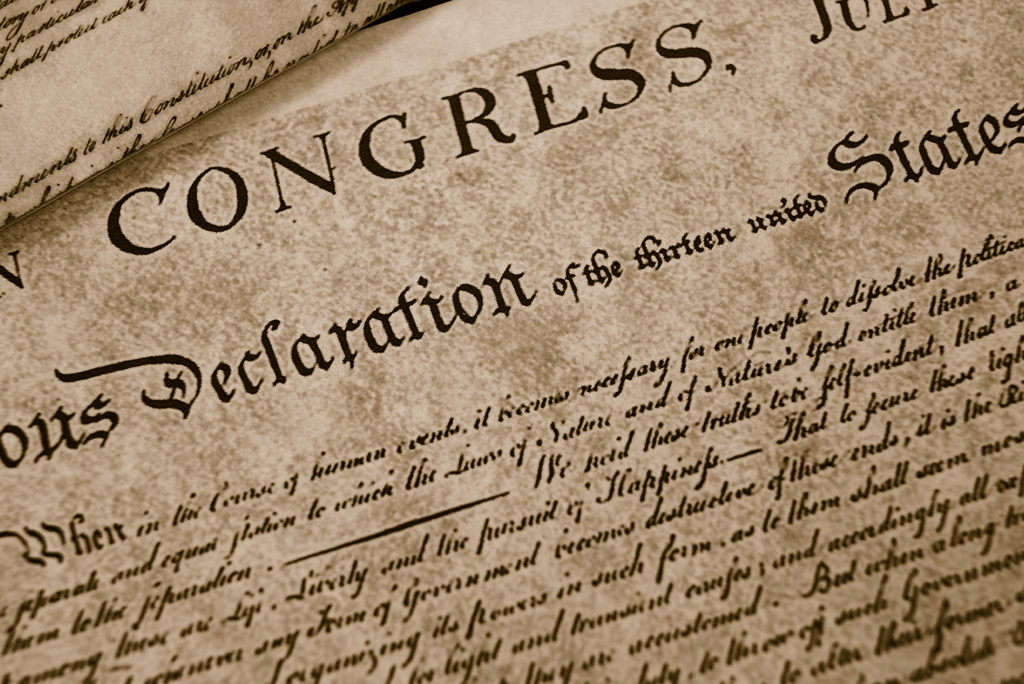 Appointed by Congress to be part of a 5-man committee tasked to write the Declaration of Independence, Jefferson wrote the 1st draft in just 2-1/2 weeks.  It was then reviewed and revised by the Jefferson and his fellow committee members (John Adams, Benjamin Franklin, Roger Sherman, Robert Livingston) then presented to Congress.

The purpose of the Declaration of Independence: to announce and explain separation from Great Britain.  The final version was ratified on July 4, 1776.

THE LIBRARY OF CONGRESS
Washington, DC 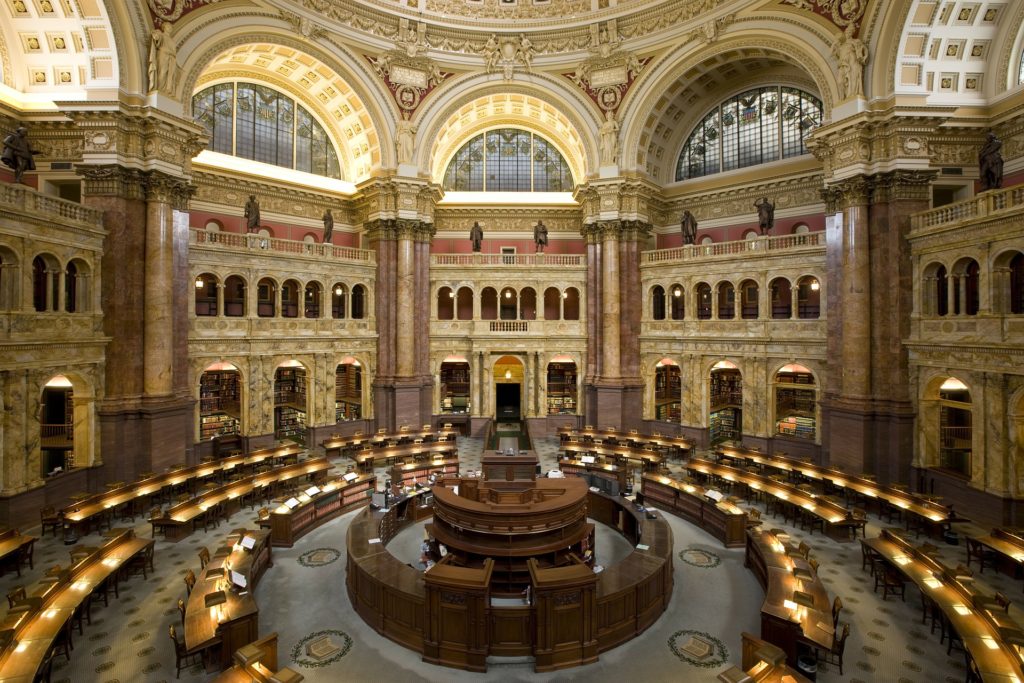 Throughout his lifetime, books were very important to Thomas Jefferson.  He was an avid reader and lifelong learner.  Over the years, he acquired thousands of books for his library at Monticello. 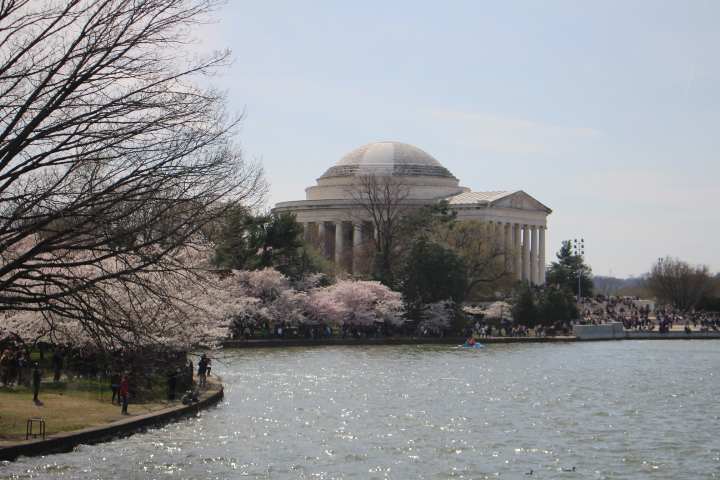 He has been immortalized at The Thomas Jefferson Memorial, where his imposing figure stands overlooking the Tidal Basin. 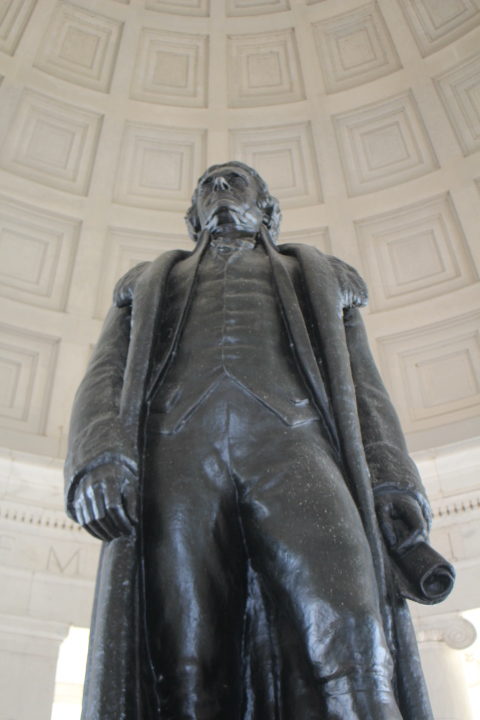 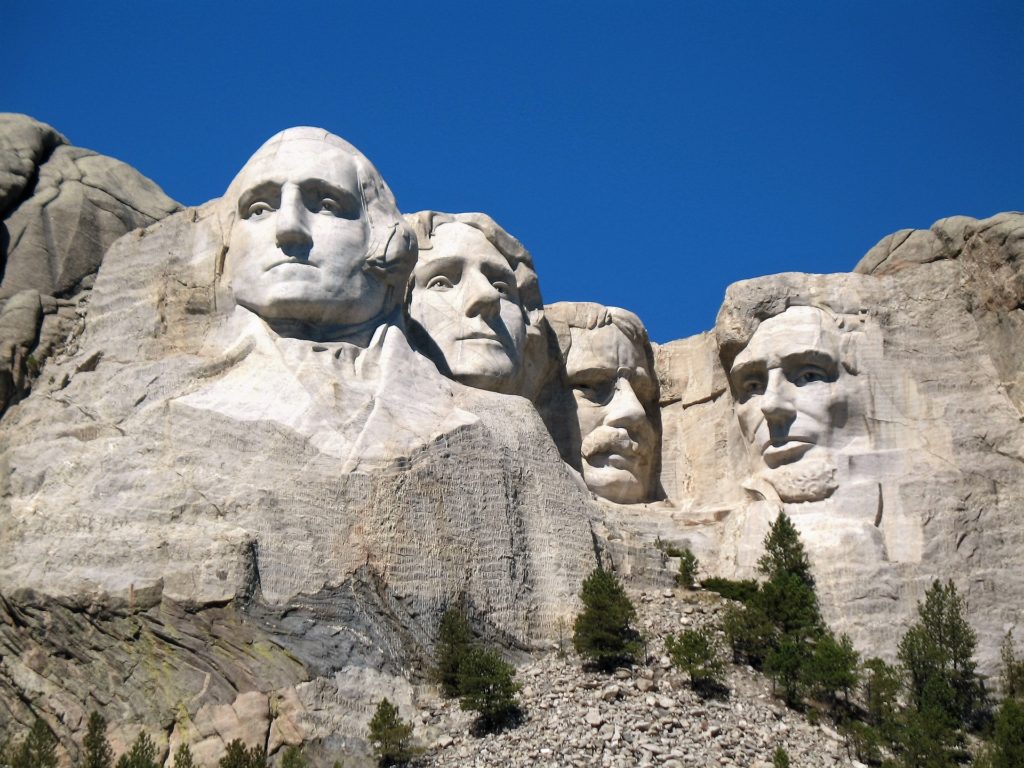 Thomas Jefferson is one of the 4 presidents immortalized on Mount Rushmore; the 3 other presidents are George Washington, Theodore Roosevelt, and Abraham Lincoln.  These men were chosen because of the important roles each one played in American history. 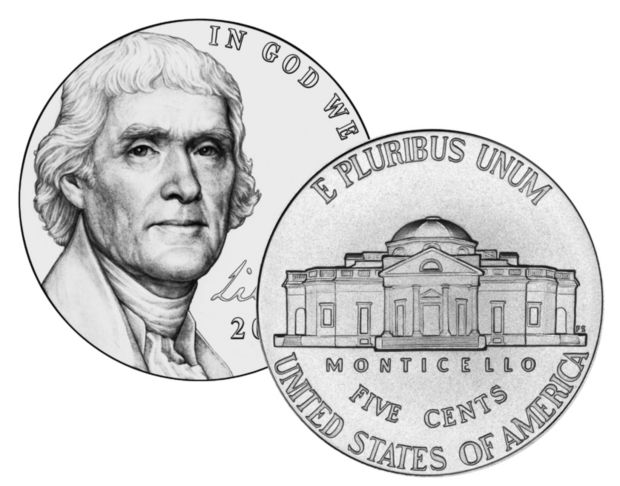 Jefferson’s profile is featured on the front of the nickel and Monticello is on the back. 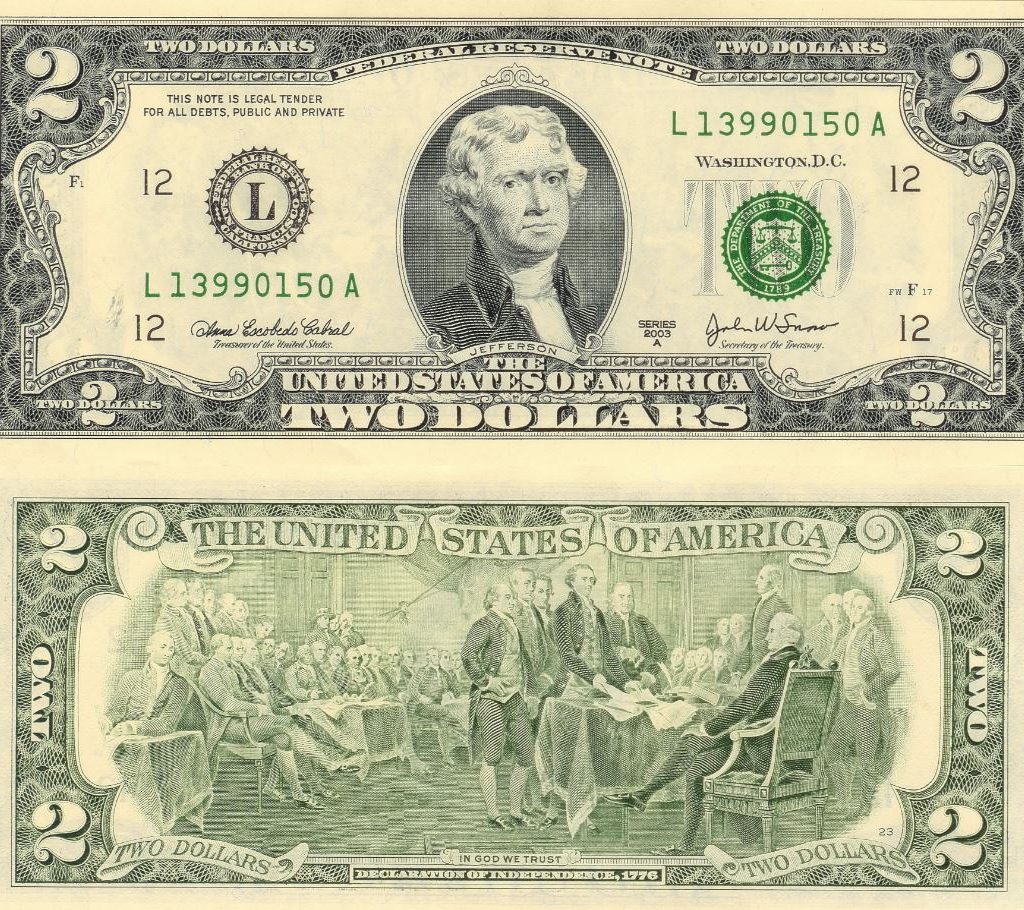 Jefferson can be seen on the front of the $2 bill and on the back where the engraving of the painting The Declaration of Independence is featured.