You’re on an airplane high above the clouds. You’re sitting back, relaxing, enjoying your flight.

When the plane touches down at your destination, you gather your belongings and get off the plane.

Some time afterward, you make a startling discovery: you’re missing something. Then, you start to panic. 😱 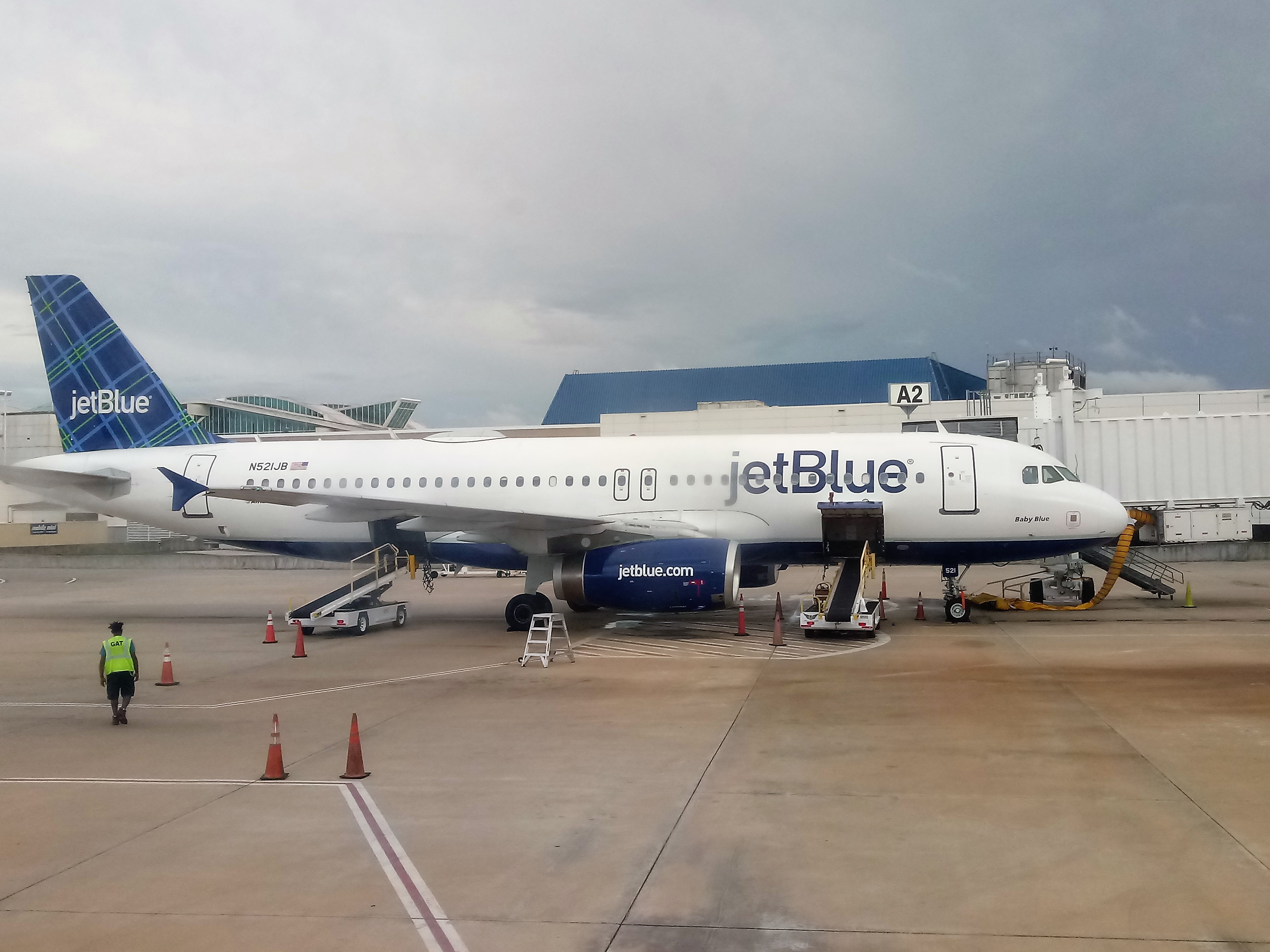 I was flying on JetBlue from Reagan National Airport (DCA) near DC to Jacksonville Airport (JAX) in Florida.  After 5 flight delays (yes, you read that right. 5), I finally got in line to board the plane and get on my way.

I had never flown with JetBlue but was excited to travel with them. I had heard wonderful things.

Everything I’d heard was true:

In addition, my seatmate was pleasant and friendly. All was good with the world.

Awhile into the flight, I felt my driver’s license stabbing me in my front jeans pocket. I had taken it out of my wallet earlier to show the TSA agent when I went through security and stuck it in my pocket instead of putting it back in my wallet.

I took it out of my pocket and started to put it back in my wallet where it belongs. After that, I don’t know what happened.

I either got distracted by my seatmate, the flight attendant, or the beautiful view out the window. All I DO know is the driver’s license did NOT make it back into my wallet as intended.

Unfortunately, I didn’t discover this until more than an hour after I got off the plane and got to my hotel room.

When I was putting some cash in my wallet, I noticed that the slot where the license belongs was EMPTY. O.M.G.!

I want you to learn from my mistakes and avoid experiencing the same panic and stress that I did. So, here’s what I did once I discovered my license was missing.

Try not to panic. (I know. Easier said than done.)

Be sure you actually lost something. I tore apart my laptop bag at least 5 times, emptying all of its contents onto my bed, but my license was nowhere to be found. I checked every pocket. It wasn’t there.

I immediately called JetBlue at Jacksonville Airport, told them I left/ dropped my driver’s license on the plane, and gave them the flight number. The woman I spoke to said, “Oh, that flight turned right around and flew back to DC.” Wait, WHAT?!?

She gave me the phone number for JetBlue baggage claim at Reagan National Aiport and I called them and told them the same thing. They said the flight hadn’t landed yet but was expected any minute. I asked if someone could PLEASE check the plane for my driver’s license when it landed. They said, of course, they’d have the gate agent check and call me back.

After giving the baggage claim agent my name, phone number, and the number of the seat I sat in on the flight to Jacksonville, I thanked her and hung up.  Then, I crossed my fingers, toes, eyes, legs, arms, and anything else I could think of…and waited for a return call. [Insert Jeopardy music here] ⌚

About 20 minutes later, a JetBlue baggage claim employee called me back and told me they found my license. WHAT A RELIEF!

I thanked her profusely and asked if she could FedEx my license to me in Jacksonville if I gave her my credit card number. She said of course they’d FedEx it to me but JetBlue would pay for it, I didn’t have to. Wow! I was floored.  That’s great customer service, especially since it was my mistake, not theirs.

The baggage claim agent did everything she said she’d do: t

My flight to Jacksonville was Wednesday afternoon. I received the FedEx package with my driver’s license in it at the hotel on Friday afternoon. Luckily, things ended well for me and I got to avoid spending hours at the DMV to replace my license.

I’ve written a letter to JetBlue to share this positive experience with them. Companies and employees shouldn’t only hear from you when things go wrong.

⭐ PRO TIP: Be sure to take notes about every conversation you have. In your notes, include the date, time, name of the person you spoke to, who they represent, their phone number, and a summary of what was discussed. This information may come in handy later.

If your item isn’t recovered right away, file a claim with the airline. Go on the airline website and look for “Lost and Found” (be sure to check the footer menu and the FAQ section of the site). If you can’t find it, do a Google search for “[airline name] Lost and Found.”

I hope you never have to deal with recovering an item you lost or left behind, but if you DO, now you know the steps to take.

Will I fly JetBlue again?
YES! They did everything right.

Will I be more careful with my personal belongings the next time I fly?
YOU BETTER BELIEVE IT!

Have YOU ever lost something on a plane?
Share your story in the Comments 🗨️ below.