Today, I achieved a huge goal: I finally finished cleaning out my storage unit more than 4 years after opening it.

Now I have less stuff and one less financial obligation. Yay!

For a while now, I’ve felt like I didn’t own my stuff, my stuff owned me.  The excess and clutter were taking a toll on me:

I finally decided enough was enough and began the daunting task of purging my stuff, both at home and in my storage space.

Cleaning out the storage space took many, MANY trips.  When I started, the 5′ x 10′ space was too full to walk into.

I chipped away and with each trip, I got rid of a little bit more (I sold some, donated some, threw some out) and the storage space began opening up.

Finally, I put the last item in my car and was finished. (I couldn’t see out any windows except the driver’s side and the windshield, but that’s another story!

The best part of purging: I freed up $89 a month that I can put toward something I love and that brings me joy: traveling!

(The approximately $4,000 I wasted on the storage unit over the years could’ve paid for some REALLY nice trips! 🙁 )

Several years ago, I experienced a lot of changes in my life in a relatively short period of time:

I felt like I lost everything, one thing after another.  I had hit bottom.

I tried to make up for the loss of the financial contributions from my ex-boyfriend by renting out rooms in my townhouse.  I also tried (unsuccessfully) for over a year to refinance/modify my mortgage so the payments would be lower (one of the most frustrating experiences in my life, for sure!)

The stress of dealing with everything became overwhelming.  I wasn’t sleeping, I had lost my appetite.  In short, I was a mess.

So, I decided to sell my house in a short sale.  This was a very difficult and emotional decision.

I felt like a failure. I was depressed and sad for a long time.  After all, I was losing my home, my security, my comfort zone. 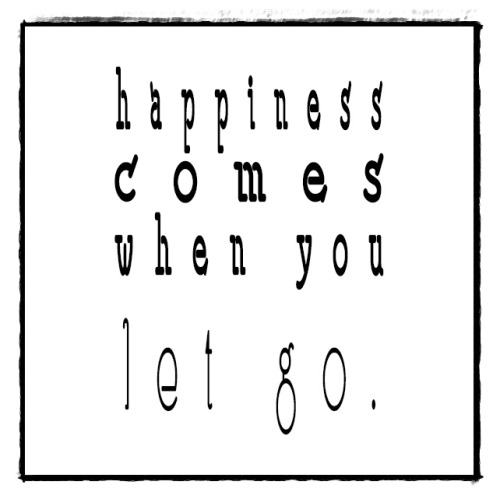 One day, after months and months of depression, I had an epiphany.  I thought to myself “What are you holding onto?”

I realized that there WAS no good reason for me to hang on to the house.  I started looking at the sale of my house as a business transaction, removed the emotion from the equation, and began moving forward.

Once my mindset changed, I felt a HUGE weight lift off me.

Since I was moving out of a 4 level townhouse with lots of storage space, I had accumulated lots of stuff over the years.  And since I was moving into a one bedroom apartment with very little storage, I had to rent a storage unit until I could pare down my stuff.  Unfortunately, it took 4 years for me to do this.

Before I moved, I held a moving sale to try to lessen the amount I had to deal with (and to try to make a few dollars).  I ended up paring down some more and made about $400 (mostly from some bigger items like furniture), but it was still difficult to watch people pick through my things.

Closing out my storage unit made me feel like another weight was lifted.  I also felt a sense of accomplishment.  Don’t get me wrong, I still have a L-O-N-G way to go and need to pare down at by at least another 50%; however, I’m proud of myself and the progress I’ve made thus far. 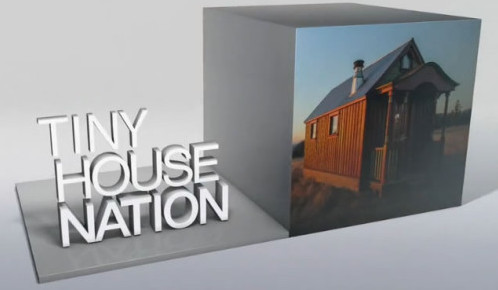 Not long ago, I came across a TV show called “Tiny House Nation.”  After watching one show, I was hooked.  The show has become really popular due to the recent movement toward “tiny living.”

[T]he tiny house movement…is a social movement where people are drastically downsizing the space they live in… The average American home is approximately 2,600 square feet, and the typical tiny house is 100-400 square feet. Tiny houses vary in shape and size, some are built on trailers so they can move around, and others are stationed on property. Environmental and financial concerns are a few of the factors that are driving people to live in tiny houses. They leave a smaller carbon footprint than a typical home, and cost a fraction to maintain. Owners of tiny houses say that focusing on a simpler way of living and reducing their financial burdens have positively impacted their lives, in a big way. 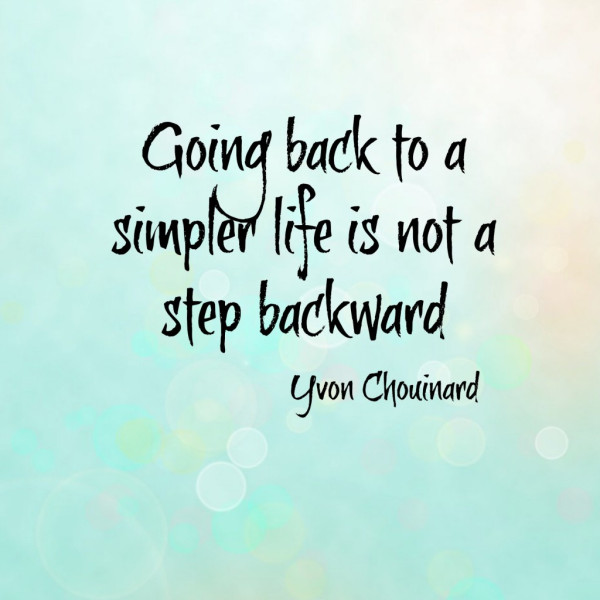 I think I could “go tiny” if I lived by myself, but not if I lived with a spouse.  Being together in such a small space would truly test your relationship!

Before the new tiny house owner(s) can move into their new tiny house, they have to pare down their belongings to a fraction of what they currently own.  This is always the hardest part and often emotional.  I can relate!  Once they pare down, however, they are happy that they don’t have as much to store, clean, and keep track of.

With each episode of “Tiny House Living,” I’m re-inspired to purge more of my stuff and simplify as I work toward balance in my life.  I also get ideas about practical ways to store the stuff that remains.  And I’m constantly amazed by Zack Giffin (the contractor and co-host who manages each project and build crew) and the creative projects he comes up with in order to give the owners everything they want (and more!)

Although I’m not planning on living in a tiny house anytime soon, I am purging my stuff as if I am.  Why?

For me, less stuff equals:

One of the underlying themes I’ve heard time and again on the show is that the tiny house owners want to have fewer things and expenses so they have more money and freedom to enjoy life and to travel.

Resources to Help You Free Yourself

If you’re like me and want to move toward a freer, simpler life so you have more money and freedom to do what matters most to you (for me, its travel; for you, it may be something else), here are a few resources to help you get started:

I hope you found this article helpful and perhaps, inspirational.  Please share your stories below in the comments.  I can’t wait to hear them!