I just got back from vacation in Costa Rica.  What a beautiful country!

When considering where to go this year, I asked my friends for suggestions.  Several of them have been to Costa Rica and shared their experiences and insights with me. After discussing it with my boyfriend, we agreed that a trip to Costa Rica would be this year’s big vacation.

Here’s what I learned…from my personal experience while there and during the planning phase. 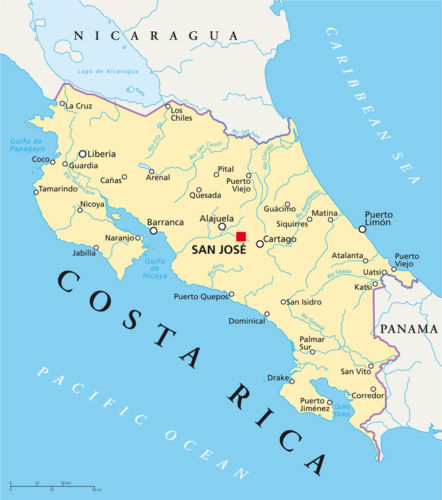 This beautiful country is located in Central America between Nicaragua (to the North) and Panama (to the South). It is bordered by the Pacific Ocean on the West coast and the Caribbean on the East coast.

It’s a rugged, rainforest-covered country known for its beaches, volcanoes (the most famous being the Arenal), and biodiversity. About a quarter of Costa Rica is protected jungle, rich with wildlife including a variety of monkeys and exotic birds.

While approaching Juan Santamaría International Airport in the plane, we caught a glimpse of the lush landscaping, rolling hills, and mountains that Costa Rica is known for.  So cool!

The official Costa Rican currency is the colón  (pronounced the same as “cologne”).  As with most foreign currency, the exchange rate between the U.S. dollar and the colón constantly changes.  Although quite a few places in Costa Rica accept U.S. dollars, most of them will give you change in colones (pronounced co-LO-nays); ATMs also dispense colónes.  If you don’t want to pay in cash, don’t worry…many places also accept credit cards (mainly MasterCard and Visa).

At the beginning of our trip, 500 colónes equaled approximately $1.  Later in the trip, 528 colónes equaled $1.  If you visit Costa Rica, always ask what the current exchange rate is before you pay so you know what you’re paying in U.S. dollars.  Better yet, bookmark this currency conversion site on your cell phone so you can find out for yourself.

Costa Ricans have a culture they called “pura vida,” which is Spanish for “pure life” or “the good life.”  Pura vida is like the Spanish equivalent of “hakuna matata” and the popular “don’t worry, be happy.”  It refers to a relaxed lifestyle centered on enjoying life to the fullest and achieving balance.  I think we all strive for “pura vida.” I know I do! 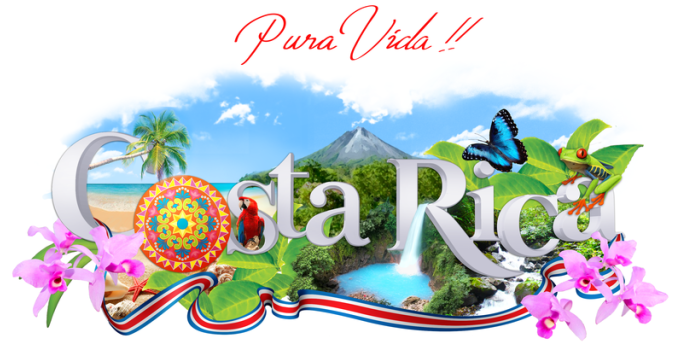 I found the Costa Ricans (commonly referred to as “ticos”) to be very warm people. Everyone I encountered was helpful, friendly, and replied “con mucho gusto” (“with much pleasure” or “it was my pleasure”) with a smile when I thanked them for anything.

One afternoon, as we were leaving a restaurant, it was pouring down rain. My boyfriend ran to our car so he could pull it up closer to where I was standing (we forgot to pack an umbrella – oops!).  Another couple was leaving at the same time.  The woman’s spouse also ran to their car, but returned with an umbrella for her. Instead of taking it, walking to her car, and driving away, the woman said something to me in Spanish that I didn’t understand, sheltered me with her umbrella, walked me to our car, and kept it over me  until I was all the way inside.  What a kind gesture!  When I thanked her, she smiled genuinely, said “con mucho gusto,” and went on her way. The kindness of strangers – wow!

When I travel, I find the best way to truly experience where I’m visiting is to immerse myself in the culture as much as possible. How do I do that?  By interacting with the locals and

Like most places in the world, McDonald’s, Burger King, and other chain fast-food restaurants can be found throughout Costa Rica. But who wants to eat fast food on vacation?!

When I travel, I prefer to eat like the locals whenever possible. To experience true local food in Costa Rica, you have to dine at a “soda,” a small restaurant that serves “typical” Costa Rican food.

Sodas are literally everywhere, so finding one is a simple task.  The service is friendly and they offer a variety of food, beverages, and often desserts.  A typical meal at a soda usually includes fish, beef, chicken, or pork; rice (sometimes rice and beans); a salad; and plantains.  Meals at sodas are inexpensive (our meals averaged $8-10 each including a drink), the servings are generous, and the food is de-licious!

The primary language spoken in Costa Rica is Spanish. When I travel, I always try to learn at least the basic phrases. If you don’t already speak Spanish, consider learning some key phrases before your trip.  I think it shows respect for the people and they will appreciate your efforts, even if you don’t speak it well.

The majority of the people I met that work in the hospitality and travel industries (rental car agencies, restaurants, hotels, tour guides) spoke English pretty well although it wasn’t their native language.  When I spoke any Spanish, they asked if I knew the language.  I told them I took Spanish in high school so my Spanish was rusty (to say the least).  Many of the people I encountered said, “You can practice your Spanish with me, and I’ll practice my English with you.” It was a win-win (and a lot of fun, too). 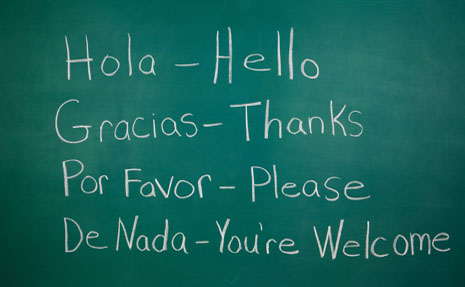 Getting Recommendations About Where to Go/What to Do & See

Costa Rica offers something for everyone. When I asked various locals what they suggested I do and see, they gladly offered suggestions.  Many suggested visiting Manuel Antonio National Park (Parque Nacional Manuel Antonio, known for its rainforest, white sand beaches, and wildlife) and the Arenal volcano (inactive, but a very popular attraction), as well as a variety of other places.

What you do largely depends on what type of experience you’re looking for and how adventurous you are (or want to be).  We ended up going whitewater rafting (which I’ve done before and find so much fun) and zip lining (which I did so my boyfriend wouldn’t miss out on it, but it really pushed me outside of my comfort zone since I’m afraid of heights). 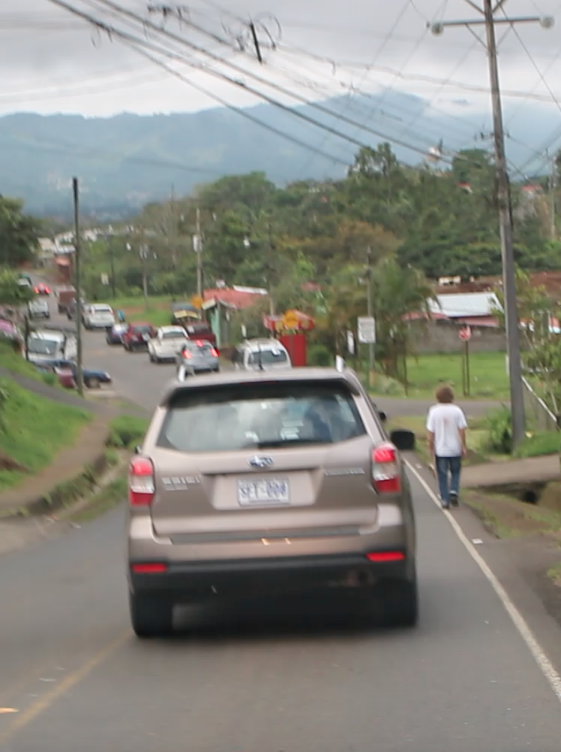 Renting a car during your trip offers a great deal of freedom to go where you want, when you want, and to stop wherever you want.  It may also save you money on transportation.

If you are considering renting a car in Costa Rica, be sure you are confident of your driving skills.  Why?

I’m not trying to scare you; I just want you to be prepared. My boyfriend drove throughout our trip and I was very grateful. He navigated the country like a pro. 🙂

If you do decide to drive yourself around, a GPS of some sort is a MUST in Costa Rica.  Several people told me that many of the roads are not marked, making navigation very difficult, so a GPS wouldn’t help. However, I didn’t really find that during my trip.

As with most countries, some times are better than others to visit Costa Rica.

Rainy Season: Mid-May to Mid-December.  This is Costa Rica’s winter in Costa Rica.  Unlike in many areas of the U.S., winter in Costa Rica means rain…and lots of it!   This doesn’t mean you shouldn’t go during this time, but expect it to rain every day – some days for just a short time and then its sunny for the rest of the day; some days, it rains for l-o-n-g periods of time, limiting what activities you can enjoy.

If you opt to go during rainy season, be sure to pack (or buy) an umbrella and lightweight rain jacket with a hood.

Best Times to Go: December – March.  This time period is summer in Costa Rica and driest.  Because of this, it is also a lot more expensive and a lot more crowded with tourists during this time period.

To learn more about the weather forecast and precipitation during different times of the year, click here.
______________

I hope you’ve found this post helpful.  If after reading this, you are considering a trip to Costa Rica, great!!  My next post will help you create the trip of your dreams, whether your destination is Costa Rica or not.

Want the same travel gear the pros won't leave home without? No problem!

Get a FREE copy of the complete list of gear mentioned in this post (PLUS links to each so you can purchase online).

Success! Now check your email to for the complete list of travel gear.